НАПИСАТЬ НАМ
Thank you! Your submission has been received!
Oops! Something went wrong while submitting the form
×

I engaged NOMADIC Travel Kazakhstan for a research trip in the South along the Syr Darya river. I was looking into the life of Queen Tomyris and the death of King Cyrus for a libretto I was writing. I came with a Russian-speaking colleague and we had a really memorable experience, a true adventure. Seeing the landscape where the events of the story actually took place gave me great inspiration for the writing I needed to do. Its vastness of land and sky imprinted itself in my consciousness and my thoughts expanded to match the steppe. The guides and drivers made sure that we were comfortable even in the sometimes-rough-hewn circumstances, making discoveries with a sunny, open attitude right alongside us, and by the end of it we felt as if we had been visiting old friends. They were all very knowledgeable about the history of the fascinating country, and also had questions about us and our own political situation and culture.

I found it particularly moving to have the chance to explore a country where those who are indigenous to the land are back in charge of it once again, having never let go of their culture, mythology, and values through some very tough times. We saw communities of people who are still living very close to the land and to the traditions of their ancestors, and who are reverently invested in both past and future. Our itinerary was pretty much set when we got there, but there was still room for adjustments and we had no trouble reaching agreements easily. We learned so much, yet never felt overwhelmed. Natalya was our first guide and was so lovely and accommodating, and Zhenya our cool and collected driver, who picked us up at the Kyzyl-Orda airport and took us out on the steppe and to the unforgettable City of the Soul, Zhankent, and the magical Korkut Ata Memorial where we were embraced and shown around by the researcher of the museum itself, the incredible Aliyev Maguaya. What an honor! He brought us out back across the railroad tracks to the graves of the 40th Girl who crossed the desert for the music of the kobyz, and that of Korkut Ata himself, on the imposing Syr Darya.

Then we had Rustem and Rinat, another tremendous pair, who met us in Turkestan as we tumbled off of the night train and took us to a merciful breakfast before we tackled the Khoja Ahmad Yasawi mausoleum and mosque, the ruined-by-Ghengis-Khan city of Otrar, and the city of grass: Shymkent, all in one action-packed whirlwind of a day, landing us gently in the Aksu-Zhagbaly Village at Zhenya & Lyuda’s welcoming guest house. We had a rest there through a breathtaking rain storm and then were collected the following day by the noble Yerik, Almas, and Bolat, a mighty threesome who took us into the canyon to see the stunning Aksu, a small herd of ibexes, and an overwhelming series of visits by falcon, golden eagle, and steppe eagle. We were just a week or so short of the tulip explosion, so both Rustem and Yerik were sweet enough to send us pictures after we returned home.

I didn’t know what I was getting myself into before we set out on this trip, but I was very much taken with the country and am already plotting a plan to return. And when I do, I will most certainly book my trip with NOMADIC TRAVEL once again! 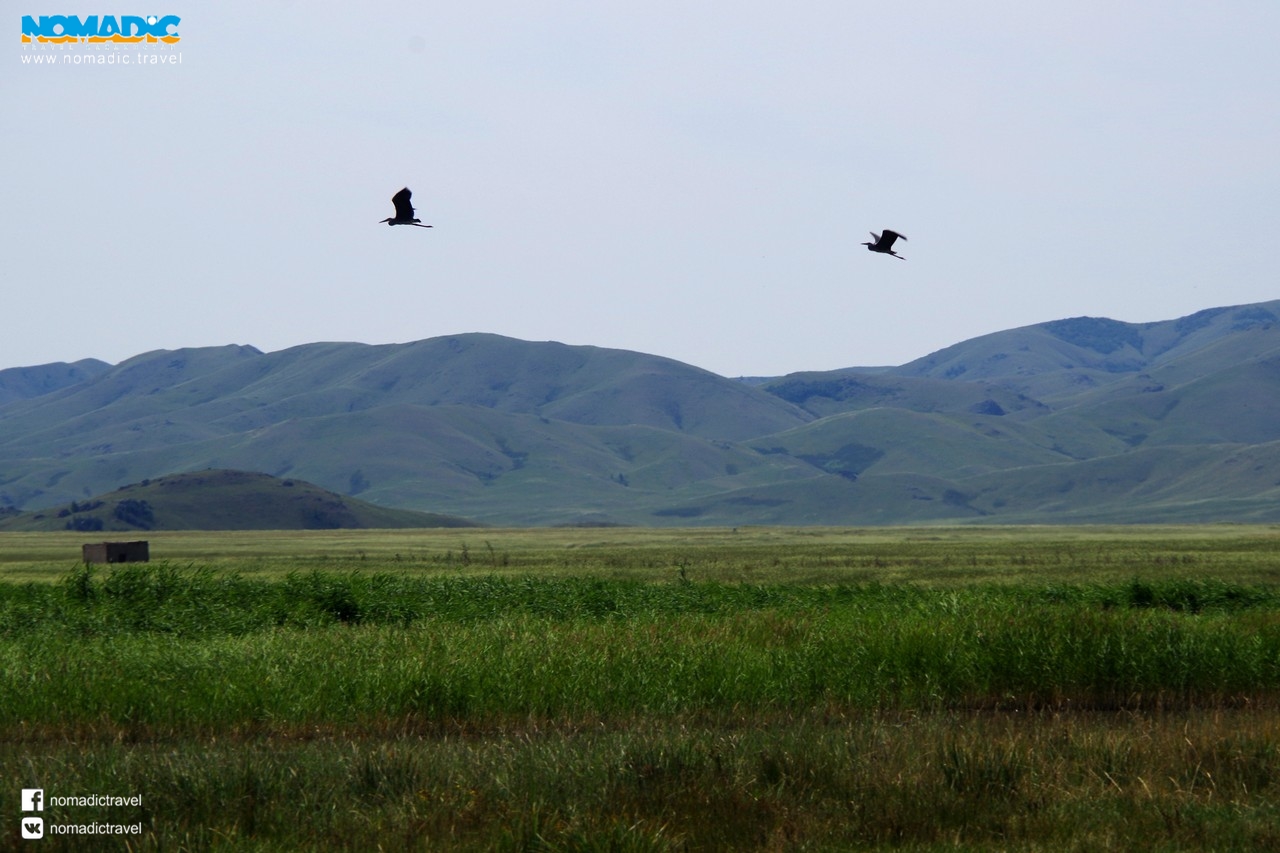 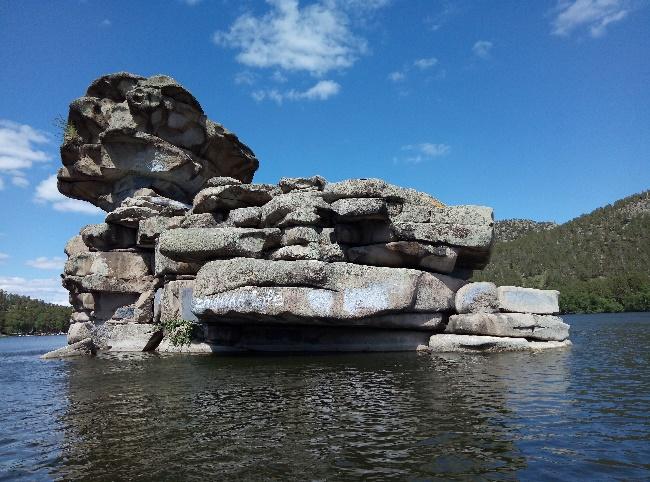 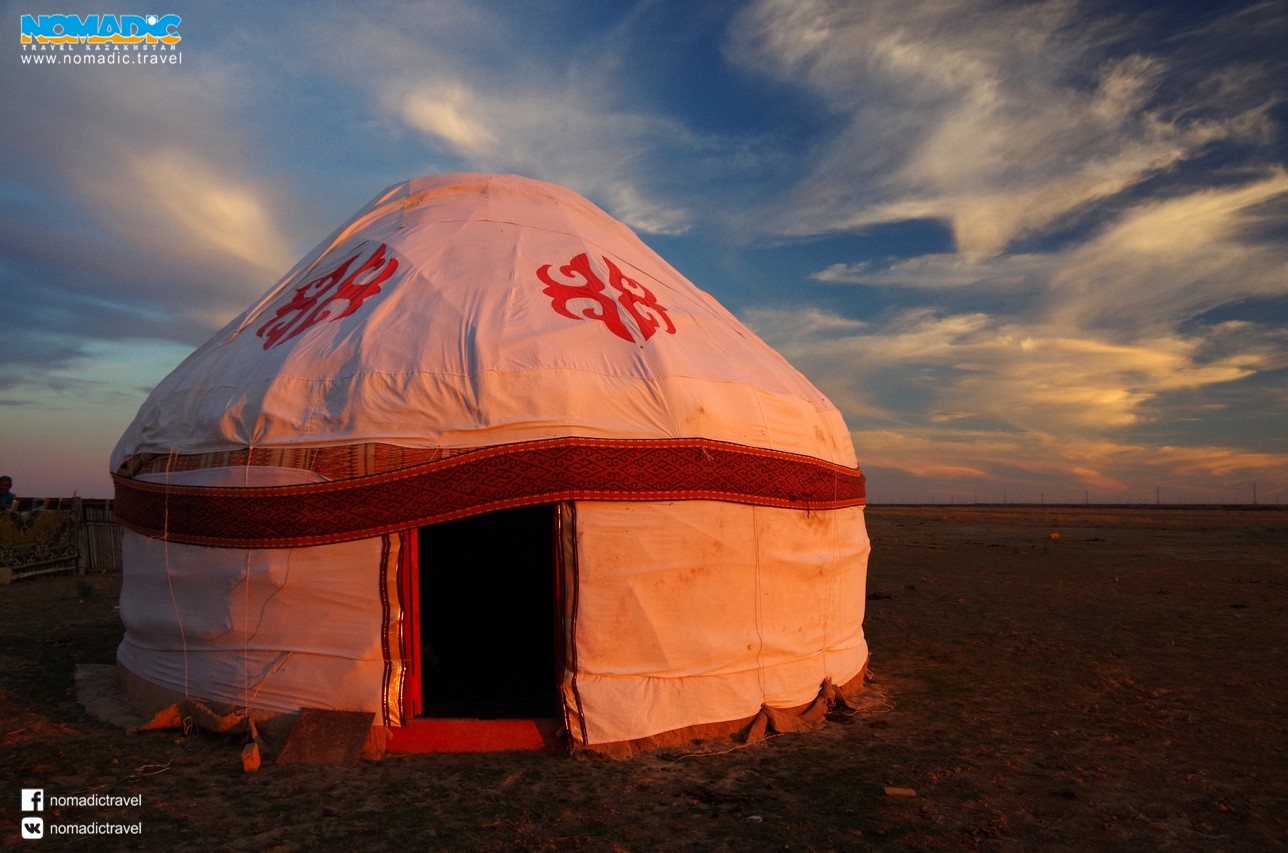